The purple sunstar is also called the northern sunstar. Unlike most other starfishes in Iceland (except for the common sunstar), the purple sunstar has more than five arms. In fact, they differ by individual but are usually 8 to 10. It can grow very large or up to 40 cm in diameter. It is usually purple in colour but can also be red, yellow or blue.

The purple sunstar is most common in the cold seas in the northern hemisphere, both in the North Atlantic and in the eastern North Pacific. He can be found on the continental shelve all around Iceland.

It is a predator like most starfishes. He eats various benthic invertebrates and even other starfishes. 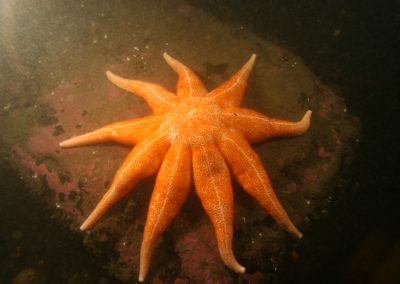 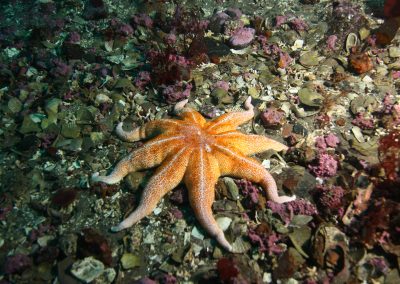 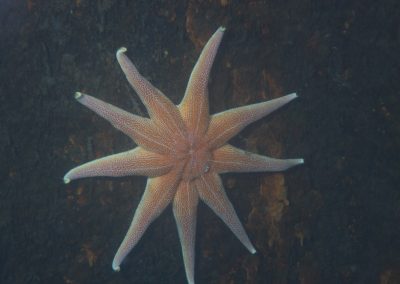 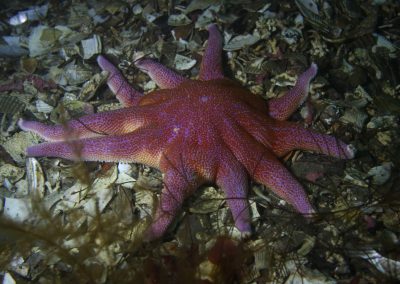 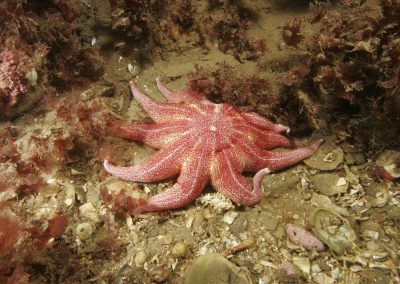 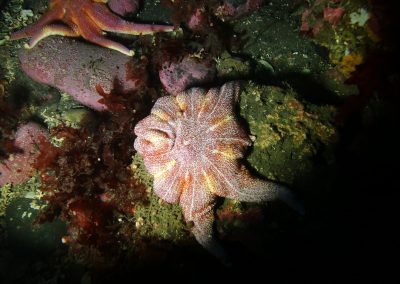 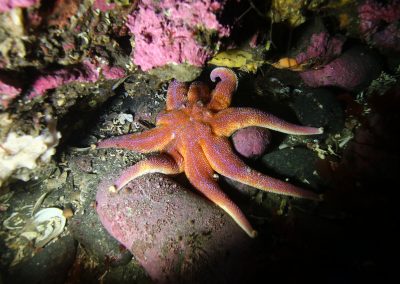 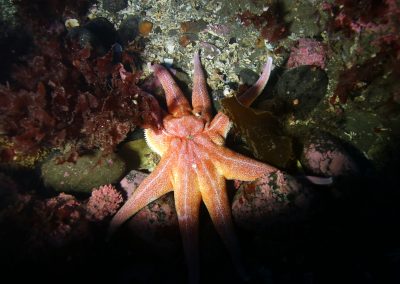