Not many echinoderm species occur in Icelandic waters but they are large and conspicuous animals, and therefore among the best known of marine invertebrates. The five groups of echinoderms have quite different habits, but all have similar internal structure. Sea stars (asteroidea) are probably the best-known group. Brittle stars (ophiuroidea) are closely related to sea stars but smaller and more mobile. Sea urchins (echinoidea) have a hard exoskeleton and are covered with spines. Crinoids (crinoidea) are sessile and look like plants. Sea cucumbers (Holothuroidea) have soft bodies and are detritus or filter feeders.

One species of sea cucumber has been harvested in Icelandic waters, the orange footed sea cucumber (Cucumaria frondoza). It is relatively large and abundant, found all around Iceland. The sea cucumbers are smoked and exported to Asia. The sea urchin fisheries are now about 3000 tonnes per year. 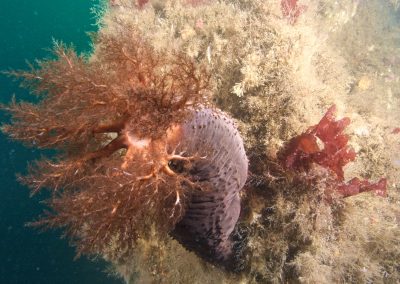 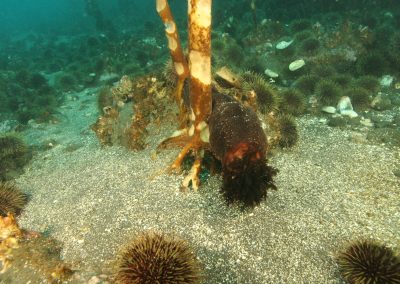 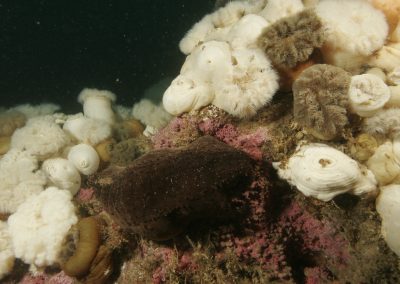