This lobster is widespread in the northeast Atlantic, from the mid part of Norway and south into the Mediterranean Sea. In Icelandic waters, it lives in the warmer waters off the south, southeast and southwest coast, mostly at depths of 110-270 m and ocean temperatures of 6-9 °C.

Its habitat is a soft bottom of clay or sand where it digs extensive tunnels and feeds on small bottom animals. The males are more mobile and spend a longer time outside the tunnels. This is reflected in catches, as the majority are males.

The lobster-fishing season traditionally lasts from 15 May to 31 August, although fishing is permitted to the end of September. Nephrops lobster is caught by nephrops trawl. 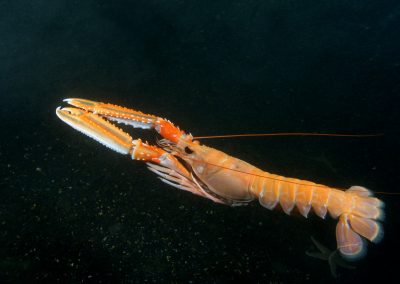